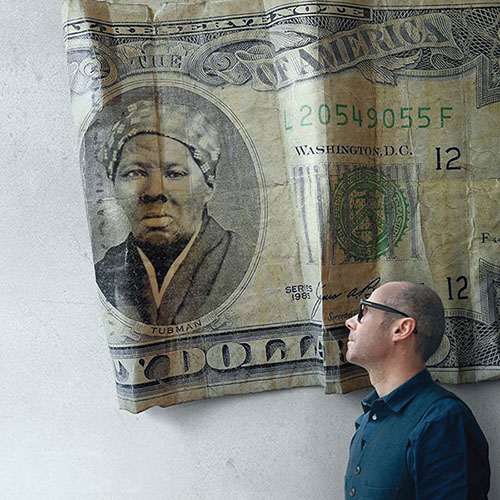 Yann Guitton is a French artist and graphic designer. Born in Brittany in 1965,

worked as an art director in London and Paris.

His early work as an artist focussed on the graphic language of urban environments and in the late 90’s, after a memorable trip to St Petersburg, he was inspired to begin his ongoing series named 'outsized artifacts’ which proposes perfect replicas of oversized, worn-out and often expired banknotes. Also including postage

stamps, this body of work became a remarkable commentary on the medium of currency and its passage through time, with all the memories it can trigger.

Covered by CNN News and reviewed by Artnet in New York during the Art Fair in 2016 , Yann Guitton’s sculptural banknotes have been widely commented and collected.

In Brussels where he lives and works, Yann Guitton is presently developing a new project titled ‘Electricities’ featuring the use of pinhole light for recreating the bare energy of city landscapes.